The title of this post is obviously just a scam to make you confused and read my blog. In the words of Will Ferrell and/or Jay-Z and Kanye, “No one knows what it means, but it’s provocative. It gets the people goin’!” But trust me, it’s not an entirely irrelevant title. Cool, let’s begin. No, I don’t think Jesus was allergic to gluten. If he had pulled out some bread made of almond meal or coconut flour instead of wheat to feed the five thousand, he would have been crucified a lot sooner. Hint: Bread made without grain is not bread. It is the work of the devil.

So I’m pretty confident that Jesus was not allergic to gluten, but I’m also pretty confident that I am. Since in one of my previous posts I mentioned that the question, “What is gluten?” is Googled more frequently than, “What is love?”, I should try my best to clear things up. Gluten is a protein found in grains like wheat, barley, and rye, and it makes bread elastic, helps it rise, and makes it sort of chewy. Gluten is found in bread (obviously), pasta, pastries, and most everything made from wheat or dough or batter. It’s also found in soy sauce, some meat (when that meat has fillers and added ingredients to it), and–sad day–beer. Most people are fine with eating all of these foods and have no problems, but some people are sensitive or allergic to gluten, from slight stomach issues all the way up to being hella allergic and unable to absorb nutrients into the body.

I figured out this year that I can’t eat gluten. I have a way of cursing myself with these things. I used to say that people who said they were allergic to gluten were just trying to be trendy. I also said I would never go to Missouri State because of its legendary STD rates, and look how both of these turned out. (I suppose this is the part where I clarify that gluten allergy is not an STD, and I don’t have any of the others, either.) It was a slow process of recognizing my sensitivity to gluten, beginning with general disinterest in food and finally culminating one morning after I had a beer the night before. I had pain in my stomach, both unlike a hangover and completely unnecessary from only having one drink. I had the terrifying epiphany that I was probably allergic to gluten, which was my worst fear since I could be happy eating only bread, pasta, and cake and washing it all down with beer, forever and ever. I decided to cut out both gluten and dairy from my diet, hoping that I was simply allergic to ice cream or something that, while still devastating, was a bit easier to deal with than GIVING UP EVERYTHING I EVER LOVED IN LIFE.

After much experimentation, I figured out that I probably should not eat either gluten or dairy because they both make me at least a little sick. For a girl who used to pride herself on her homemade Boulevard Nutcracker Ale ice cream, this was really hard to wrap my head around. But even more difficult to comprehend was the fact that I have probably been allergic to these foods my whole life. The thought had not crossed my mind that I was allergic to something because I thought it was normal to feel bad all the time. This is America, after all. Everyone feels shitty from the moment they wake up til the moment they go to bed, right? I did not know what it felt like to feel good until it happened and I realized what I had been missing all along.

For me, that’s where the metaphor of Jesus comes in. A lot of Christians are like gluten-free converts (glutards, as my sister and I like to call them) and missionaries, in a way. Both groups often have a similar salvation mantra–“We were unhappy and in pain and (we found Jesus/we eliminated grains from our diets) and our lives have changed for the better and we want you to know about it and adopt this lifestyle and be happy, too.” And in both cases I see the same response from the general masses: the majority of people are so used to feeling bad that they don’t know they feel bad. I think many times Christians represent their struggle as one with people actively resisting the Christian message, the call of God, whatever their terminology is for joining their side. I’ve heard many pastors speak about “the world” as if everyone (read: non-Christians) in it is suffering immensely and completely cognizant of this pain, but also obstinate and resistant to the promises the Lord has made. And some people who are hardcore on the gluten-free bandwagon seem to put this pressure on the mere mortals still eating pasta, as well. There is the elitist mindset that people are making themselves sick with the things they eat, but they are too stubborn and like cupcakes too much to want to change.

Both in the case of my gluten issues and in the case of my Christianity, I was not a person who considered myself constantly ill or in spiritual turmoil. I distinctly remember saying to a Christian friend, “My life is good. Why would I need God?” I laugh now because in both cases, I didn’t truly know what it meant to have a good life. I was coasting along in every aspect of my existence, not in shrieking suffering but in the mundane, vaguely irritating but mostly ignorable condition called everyday life. I had no theological issues with God or gluten, they just weren’t things that really affected my life in any measurable way. Or so I thought.

I sometimes entertain the idea that the Buddha’s enlightenment stemmed directly from going gluten-free. I feel way smarter, for sure. The first twenty-three years of my life had been spent in a stupor of fatigue and lethargy. Lord knows I can still pack away a 10-hour sleep, but now it’s for pleasure and not out of necessity. And for those of you who know me, let me mention that I run almost every day now. Yes, me. Miracles do happen. Sure, it’s kind of inconvenient to not eat grain or anything made from grain, since apparently the motto of food companies is, “Throw some wheat in it!” And yeah, it makes it harder to go to restaurants because I become that person. Okay, yes, my cupcake rampages have been a bit impeded. But now I eat a million times more vegetables and I have gotten so much better at cooking and I feel infinitely better. So much so that the sacrifices I make and the extra effort I put into thinking about what I eat are completely worth it.

To me, this is what it means to live a good life. I don’t treat being gluten-free as a crash diet and do not endorse it any more than I would endorse a crash-religion, where people thrive on the control that rules and elimination of sins bring, and that rarely provides a long-term solution to problems with the self. I do not consider eating gluten-free to be an appropriate lifestyle for everyone, especially people who do not struggle with gluten issues. This is where the analogy between gluten and Christianity gets sticky. Though I am usually fond of telling people how to live their lives, for now I believe I’ll just say that both diet and religion should contribute to a person living the best life they are capable of.

Henry David Thoreau said, “The mass of men lead lives of quiet desperation.” I want to always remember my own unconscious desperation and give understanding to those who simply have not discovered yet how beautiful life can be. Just because I believe I know what my best life looks like, and just because I can see the suffering others endure, it does not mean that they can always see it themselves. And that’s okay. My hope is not that others experience pain in their lives in order to be more aware, but to experience the awareness of a life so great it hurts. 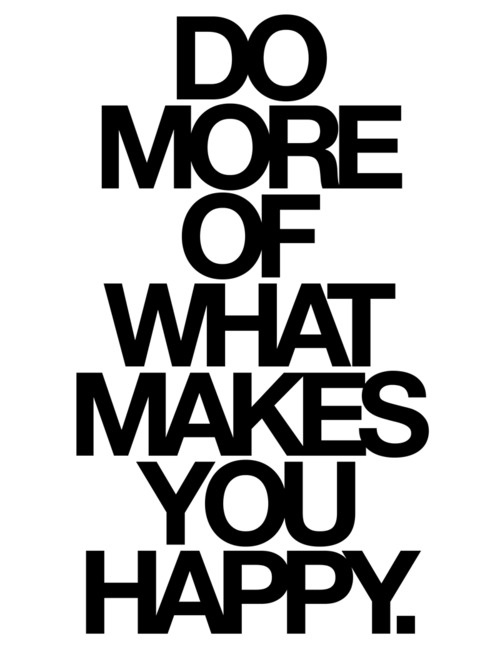